I live and work in Marseille – France.

Practicing photography since my youngest age (first film selfie at 6!), I had never taken the step of organizing my desires until this year 2019.

Years of photographing aimlessly, testing many techniques like a pictorialist at the end of the 19th century. An irrepressible desire to go further in this art pushes me to concentrate and choose a universe in which I can evolve and above all bear witness.

In addition to a permanent search for a certain aesthetic in my work, I remain attached to Humanist photography. The report allows me to combine different inspirations, to approach people, to practice photography “on the spot” as well as posed, and to satisfy my need for meetings and sharing through an author’s photographic writing.

Whether in the form of mini documentary reports or more personal work, I share here my vision and my testimonies on subjects that resonate within me. 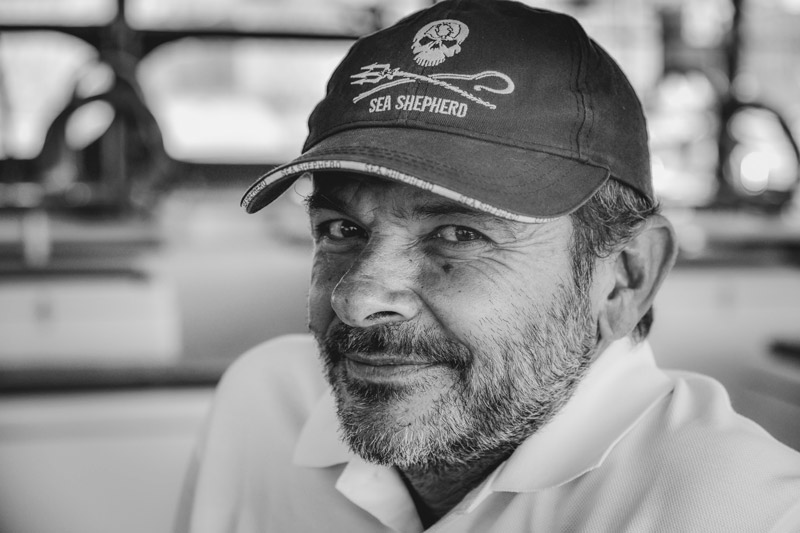 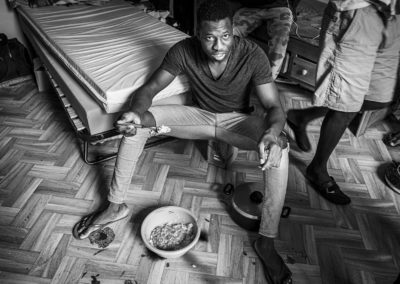 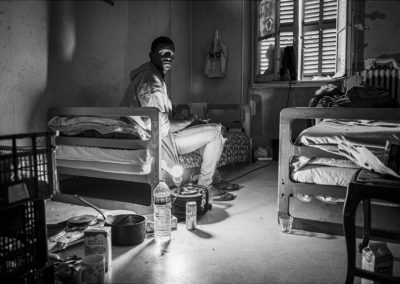 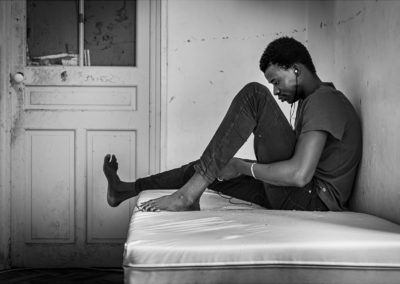 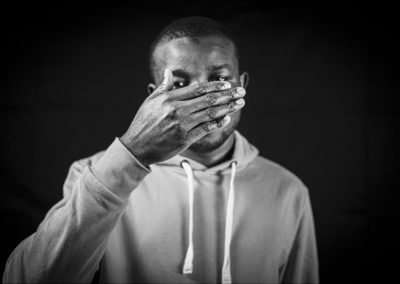 It was the occasion of a concert in support of the St-Just collective that I had the opportunity to come across this place of life, confronting me with a reality that we French people gladly scotomate. I wanted to be a passing witness in the daily life of this humanity that nobody wants to see because it makes us uncomfortable.

Despite difficult and even unsanitary living conditions (garbage, bedbugs, cockroaches, hygiene, etc.), I was struck by the optimism of some as much as by the resignation of others. A kind of self-sacrifice in the face of the ballots of which they are the victims.

Discovering an atypical place to live a few strides from home was a shock. Facing the blue vessel of Department 13, the “Squat St-Just” so named by the strength of the investment of the place, has welcomed since December 2018 a population of migrants who have no other refuge solutions. Families, unaccompanied minors, adults who have fled the repression in their country have taken possession of an old abandoned building in the Marseille Diocese. Mostly from the African continent, the 200 or so inhabitants organize their lives, supported and accompanied by volunteers grouped together around the “Collectif 59 St-Just” entity.

In turn, they help, support and try to organize life in the Squat as well as possible: allocation of rooms, distribution of food, administrative, medical or even school assistance, but also the regular organization of events to keep morale up. , like concerts, screenings, party celebrations… An almost flawless solidarity and a gift of self for a population uprooted, torn and let loose in the urban jungle of an unknown country.

The Squat St-Just quickly became a “hot potato” for the public authorities who find themselves outlawed in the face of their obligation to welcome minors without parents with dignity. A battle strewn with pitfalls and trials wearing out the patience of the volunteers, but which brought their share of satisfaction such as the rehousing of about sixty unaccompanied minors in April 2020. But also setbacks such as the fire of June 8, 2020 which in put an end to the story of the squat.

The story unfortunately continues elsewhere, in other illegally occupied places …