My passion for art was realized early. It began with a pilot art program for talented first graders and I was immediately hooked! I then discovered drafting in high school and architecture in college;  my art reflects these industrial and architectural influences. I later pursued a Masters in Fine Art (MFA) in Painting from the Savannah College of Art and Design (SCAD) in Savannah, GA and had the wonderful opportunity to study art in Italy and France. It was during my MFA that I freely explored the use of color, mixed media and found objects, and honed my assemblage skills.
My works reveal concerns with the binaries of interior and exterior, form and space, representation and abstraction. Synthesizing painting, drawing, and collage, he fuses formal concerns with the representational image, often including my own photographs of architectural spaces and elements. The photographs are often the starting point of the compositions, which are founded in spatial relationships, with abstracted forms radiating from the orthogonal lines of perspective found in each image. The compositions’ denouement is my exploration of color, joining hues in coherent, harmonious relationships.
Photography is also central to my works: whether it is capturing the beautiful architecture of downtown Montreal or New Orleans, or the gritty crumbling buildings and bridges of industrial cities like Birmingham or the amazing topography thousands of miles above Barbados, the juxtaposition of art in nature remains a captivating attraction. I want my art to evoke emotion. To create a forum for dialogue that can only come when people openly share their own experiences and are willing to understand different perspectives and ideas.
I’ve participated in numerous group exhibitions and had solo exhibitions at the Canary Gallery, Birmingham, AL; Kessler Lofts, First Presbyterian Church and the Birmingham and Hoover Public Libraries in Birmingham AL; the Johnson Center in Troy AL; The Legacy Museum in Tuskegee AL; the Rosa Parks Museum in Montgomery, AL; the Hammonds House Gallery and The Odd Fellows Building on Sweet Auburn in Atlanta, GA; and The Beech Institute, The City of Savannah Gallery, and SCAD in Savannah, GA. I am honored to have been a recipient of the 2016 Individual Artist Fellowship from Alabama State Council on the Arts (ASCA).
In addition to my own artwork, I’ve been fortunate to expose a new generation to the history, beauty and centrality of art in our lives. I’ve been the Associate Art Professor at Tuskegee University in Alabama since 2007. I’ve previously held other positions in the Arts including: Director of the Chastain Arts Center and Gallery (City of Atlanta, Bureau of Cultural Affairs), Associate Professor of Art at Atlanta Metropolitan College, and Director of Community Outreach at SCAD.
I’m married to Dr. Kanini Rodney Phillips, an avid supporter of my work. We live and raise our son, Skye, in Birmingham AL. 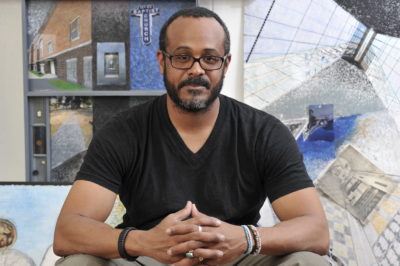 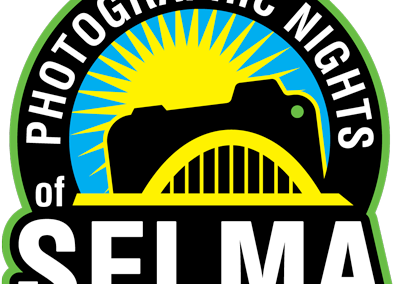