I have always wanted and loved to understand what drives our societies and our social relationships. This curiosity has been nourished by numerous trips, reading historical, philosophical and sociological essays, and it has been embodied in the completion of a thesis in anthropology and in a profession as an urban planner, focused on urban practices and the notion of territory. It is coupled with a real need and pleasure to tell stories, to activate the codes and visual springs of the drama, this by referring in particular to the many films I have seen since I was young. These two passions led me to question and play with representations, these images, scenes and stories that are so many social constructions.

I started photographing and filming early on and my African peregrinations offered me rare first images. However, I began to practice photography seriously 10 years ago, within the framework of the workshops of “Vol de Nuit”, in Marseille, where I realized my first series of scenes on the relations of couple. At the same time, the festival ” Portes Ouvertes Consolat “, in Marseille, entrusted me with the realization of a series of portraits of artists with their works. After five years, I joined the workshops of “Fermé le Lundi” (Marseille) to deepen my culture of image and narration. There I produced and exhibited a series of “geometric scenes”, aiming to provoke visual interrogations and construction of narratives, then a second one, made up of scenes mixing the genres of the comic strip and the photo novel. This research on narration was pursued by confronting the destruction of the industrial heritage of a small town in Provence with a series of portraits of local actors. My recent work on the veterans of the Foreign Legion is a continuation of this, through portraits and a staged reportage. 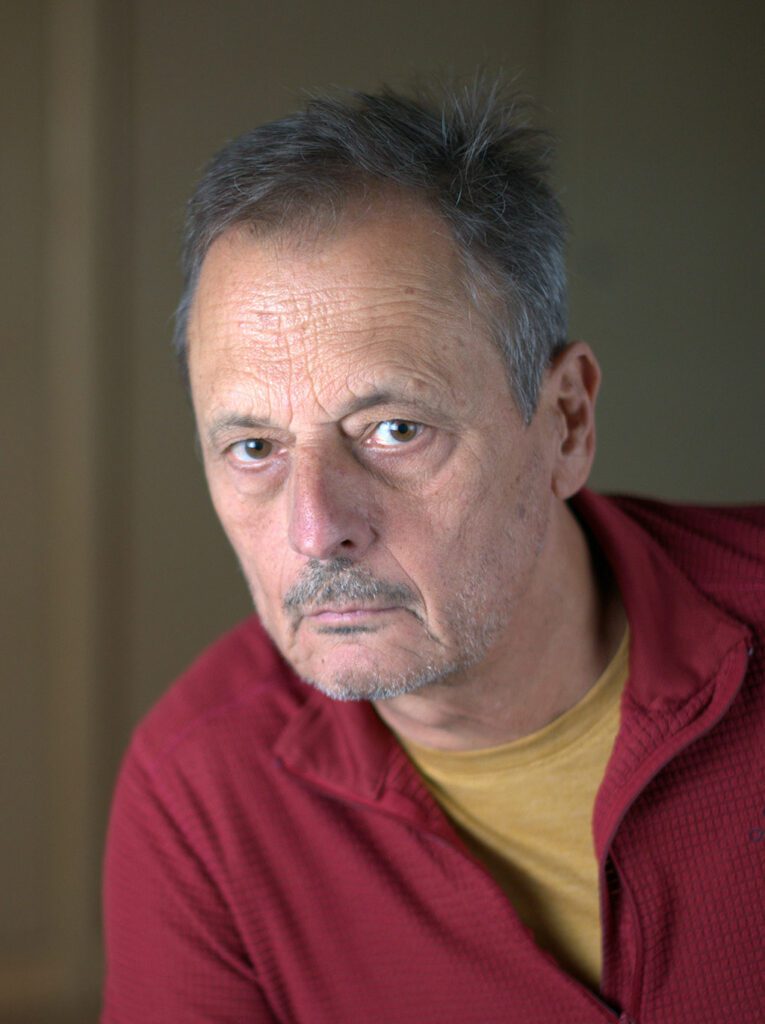 Since its inception, the French Foreign Legion has been a source of adventure and interest to photographers, filmmakers and other storytellers. The opportunity to create a new life by fighting in distant lands has provided the collective imagination with action, bravery, exoticism and romance. The imagination that has been created plays a significant role in the promotion and values of the Legion. But what about those who left after serving, especially those who were not spared by life? It appears that the image of veterans is less valued in France than in other countries, or represented in a very codified manner during commemorations.

The Institution des Invalides de la Légion Etrangère (IILE), in Puyloubier, welcomes some sixty residents who are often elderly, marginalized and/or ill, as well as active military personnel who contribute to the operation of the establishment and the estate. It is a privileged place to try to renew the image of veterans through personalized portraits. About twenty portraits, mostly of residents, were taken in the space of two months. This work was completed by a dozen interviews; the excerpts and points of view returned contribute to illustrate certain decisive aspects of the journey of the legionnaire and the veteran welcomed at the IILE.

The portraits were mainly intended to reflect the humanity of the veterans and to reproduce the great diversity of their identities; the aim was to give more density to the legionnaire’s experience by going beyond stereotypes and by avoiding falling into misery or easy gloriolism. In doing so, it became apparent that the symbols and signs of belonging to the Legion were very present, in the places where they lived, in their activities, on their clothes and on their bodies; these identity markers were sometimes integrated in a playful way and produced by the veterans themselves. 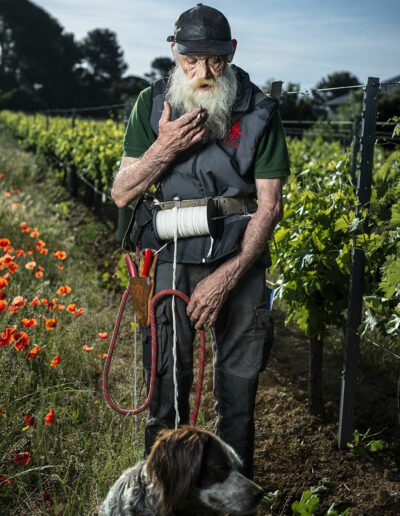 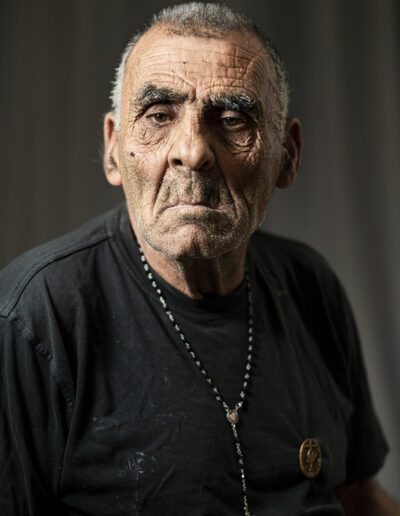 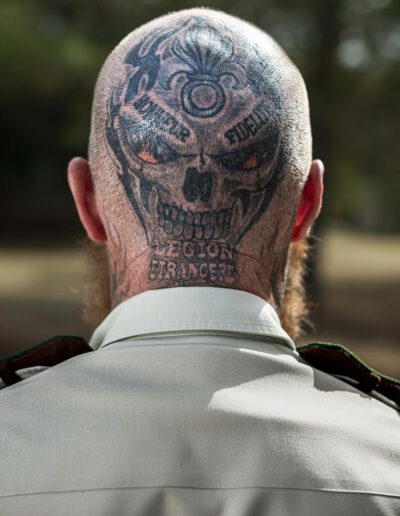 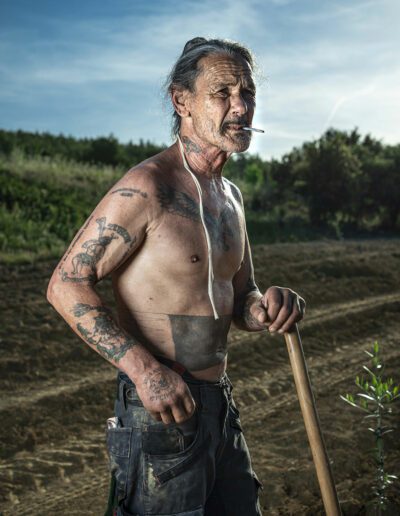